The Hindu/Footloose/The Real cost of your free seat

People all over the world go to see works of art, and in a lot of these places, they pay to see these works of art. People pay for a ticket to enter museums, to watch cinema, see theatre and to attend dance performances. In the rare event that a work of art is showcased without a ticket, the cost of that ticketless showcasing is not borne by the artists themselves.

Audiences have never really been directed to think about what the real cost of their free seat is, or who bears that cost. It proved to be an interesting mathematical exercise to discover this.

Theatres all over India rent out their space to artists. Suppose a particular medium-sized theatre seats 215 people. To use the space for half a day, the rent is Rs.5000 (depending on size and repute, rent for other spaces can go up to Rs.20,000 or even Rs. 50,000).

A dance performance usually involves music. For a classical dance performance to take place with live music, usually four musicians perform with the dancer. Depending on where you are in the country, this fee can be between Rs.3,000-5,000 for each of the musicians. Let’s say its Rs.3,000. That amounts to Rs.12,000. 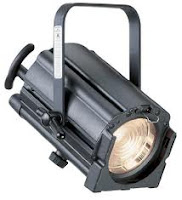 A dance performance also involves light and sound. Unfortunately, in many cases, dancers are at the mercy of the technician for sound and light. One escapes the additional cost of a light/sound designer, but the performance suffers. If he or she did hire a professional light and sound person, who will not make the dancer look flat and expressionless and will provide sound for musicians, the minimal cost I was able to find was Rs.5,000.

Since a dancer is also his or her own publicist, invitations might need printing and sending, a brochure might need to be designed. The cost for 120 (to fill up an auditorium that’s capacity is 215) well-designed invitations can be between Rs.10,000-15,000. Dancers often resort to designing the cards themselves and getting them printed at the local printing store to reduce costs, but if he or she were to do it properly, the average cost can be calculated at Rs.10,000.

Not keeping in mind other costs, because they vary (whereas the ones mentioned above are constant and basic costs) such as the cost of costumes, ornamentation, sets and props, recorded music, not to mention renting rehearsal space for weeks or months of rehearsals, the costs incurred by a dancer are still shocking.

Rs.5000 for renting the theatre, Rs.12,000 to pay musicians, Rs.5000 for lighting and sound, and Rs.10,000 for publicity amounts to Rs. 32,000, which is quite a financial undertaking for a dancer. Dividing that by 215 seats in the auditorium makes us arrive at this number – 148.83. That is the cost of each seat that goes free at this classical dance performance of this size and budget.

For a dancer, Rs.150 tickets mean he or she can at least break even. And Rs.200 tickets mean he or she makes a small means of livelihood. That’s less expensive than going to the cinema. It’s cheaper than a meal for one at a decent restaurant. We don’t think twice before spending money at a cinema or restaurant once in a while. Then why to watch a dance performance?
Posted by aranyani at 4:01 PM No comments:

“As a dancer, I am a body on display. As a body on display, I am expected to reside within a certain continuum of fitness and bodily control, not to mention sexuality and beauty. But as a woman in a wheelchair, I am neither expected to be a dancer, nor to position myself in front of an audience gaze”. Ann Cooper Albright, a dancer who was severely albeit temporarily disabled, said this in her article ‘Strategic Abilities: Negotiating the Disabled Body in Dance’.

Her words force us to address the questions about acceptable and indeed unacceptable ideas of body and sexuality. Different dance forms and different cultures prescribe different aesthetic ideals when it comes to the dancing body. In one context, a dancer’s body is expected to be lean, and slim. Others expect voluptuous bodies. In some contexts, a dancer’s eyes are the topic of interest. Whatever the situation is, the ideal dancing body is strong, symmetrical and ‘abled’. Watching a disabled person perform a dance is, for many people, an awkward and unaesthetic experience, for a disabled body is not considered ‘sexy’. This is because the idea of the ‘perfect dancing body’ has been challenged. But like many things, the idea of the perfect dancing body is worth questioning. It has been questioned by famous dancers and choreographers before, when dancers broke away from classical forms to find new movement vocabularies and new definitions of aesthetic dance. Dancers like Albright are taking this questioning a little further through ‘disabled dancing bodies’.

It is also worth investigating into what capability and disability is in dance. It is arrogant and presumptuous to assume that a physically disabled person is less capable of being creative and creating movement than a physically able person. The combination of a physically disabled and mentally able dancer can be a truly exciting one – resulting in new ways of constructing movement and fresh movement vocabularies. Albright explains how watching a disabled body in dance forces us to “see with a double vision, and helps us to recognize that while a dance performance is grounded in the physical capacities of a dancer, it is not limited by them”. 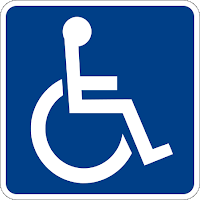 Moreover, to identify being disabled with the famous ‘wheelchair’ symbol is viewing disability in a dangerously narrow manner, overlooking severe disabilities that physically able dancers suffer from. For instance, a common but almost acceptable disability that ails several dancers all over the world is eating disorders. Preventing nourishment from reaching the body and the brain in order to sustain the ‘perfect dancing body’, ironically enough, results in a disabled dancer. This disability – the obsession with being slim and slender bodied – leads to anorexia, bulimia, stress, hairfall and in extreme cases – severe psychological damage. Further, unhealthy competition amongst peers, and emotional strain and sometimes abuse by a teacher or mentor towards his or her student also severely disables dancers. Darren Aronofsky’s ‘Black Swan’ illustrated these disabilities in a brutally honest manner.

So maybe dance and disability are not quite as polarized in reality as they are made out to be. For one, a physically disabled body is by no means incapable of generating interesting and exciting movement. And secondly, disability is not always visually identifiable. Visually non-disabled dancers suffer other kinds of disabilities everyday. In many senses, disability and dance go hand in hand. Clearly, this contradiction between dance and disability is largely imagined. Then, is this contradiction just about the spectator’s discomfort in aesthetically appreciating a body that is differently abled?
Posted by aranyani at 10:59 AM No comments:

Dance has been historically misconstrued to be a female art form. But there was a significant moment in history when this happened. According to Ramsay Burt, a 19th century lithograph in the Paris Opera reads – “The unpleasant thing about a danseuse is that she sometimes brings along a male dancer”. This lithograph marks a historical moment. Before this, prejudices against the male dancer in the west did not exist.

Ancient sources indicate that male dancers in the west did exist. Edith Hall mentions that Socrates is said to have advocated dance and David from the old Testament is also said to be a dancer. And yet, despite spectacular male dancers flooding the dance floor, dance in the west and more recently in India, does bear signs of silent prejudice against men.

In the western Romantic era, due to the increasing acceptability of patriarchy, dance began to be seen as fundamentally effeminate. Increasingly, men were encouraged not to appear soft or emotionally expressive. Therefore, the expressive male dancer could not fit into the power status of men in bourgeois society. A slow decline in the demand for male dancers began. Similar disappearances of nude male depictions from the sphere of art and sculpture also took place.

Burt observed that in the 20th century, male dancers did make a come back, but as far as the audiences were concerned, they came back as ‘good supporters’ for the female ballerinas. In the 1970s, as men were returning to dance, a spate of books were required, says Edith Hall, to propagate the idea that dancing is masculine, portraying some of the dancers of the time (Rudolf Nureyev, Mikhail Baryshnikov and so on) as strong, virile, heterosexual and athletic.

Closer to home, the picture was slightly different. Historically, dance was not exclusively reserved for women. Nataraja was advocated as the ancient patron deity of dance – the cosmic dancer – linking men and dance inextricably. The male gurus of female dancers also indicate that men played a significant role in codifying and formatting classical dance forms in India. Moreover, folk dances in India and indeed all over the world, have involved men and women equally and without prejudice. Moreover, male dancers in India have played monumental roles in evolving dance throughout the evolution of dance forms in modern history – Ramgopal, Uday Shankar, traditional Kathakali and Chhau dancers, Kelucharan Mohapatra, Birju Maharaj just to name a few. But the sort of patriarchy that alienated the male dancer in the west, did, perhaps through Colonialism, enter the Indian subconscious. And homophobia also came to be entrenched in Indian society. It is then plausible that the prejudice against male dancers has also seeped into Indian dance.

In the last several decades, male dancers have fought for their place in the world of dance. They have demanded acceptability and well-deserved recognition. But somewhere in the minds of contemporary spectators, centuries-old prejudices still persist. Arising from patriarchal ideas – that outline the dominant role of men in society and prescribe how men should conduct themselves publicly in terms of their feelings – these prejudices are deeply linked to homophobia, and outdated ideas of masculinity and femininity. Male and female dancers cannot hope to be rid of this stigmatization of the male dancer if these ideas continue to exist.
Posted by aranyani at 10:54 AM No comments: